On August 3rd, the Colorado U.S. Attorney’s office sent 10 more letters to state licensed Colorado medical marijuana businesses. These businesses were ordered to shut down within 45 days. So far, 57 state-approved businesses have been shut down by the federal government this year.

These medical marijuana centers are operating in full compliance with state and local laws and ordinances. Since 2009, the Obama administration has said repeatedly, and as recently as December 2011 during testimony by Attorney General Eric Holder before the U.S. House Judiciary Committee, that it would not use its limited resources to go after individuals acting in compliance with state law. It is inexplicable and offensive that the administration sat back and allowed owners of medical marijuana centers in Colorado to invest tens of thousands of dollars in order to comply with state regulations and *then* decided to seize their properties. 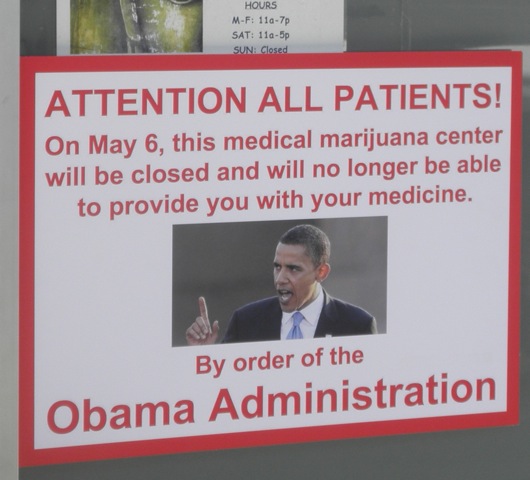