If you are interested in having a Sensible Colorado staff member talk about how marijuana was legalized in Colorado, please contact us. Our staff have spoken about marijuana legalization across the globe. Brian Vicente, Esq., has served as executive director of Sensible Colorado since 2005.  Brian is the chair of the Denver Mayor’s Marijuana Policy Review Panel, serves on the Colorado Department of Revenue Medical Marijuana Oversight Panel, and coordinates the Colorado Bar Association’s Drug Policy Project.  He was awarded the prestigious Gideon award for his free speech advocacy during the 2008 Democratic National Convention and was selected as “Freedom Fighter of the Month” by High Times magazine.  In 2010 Brian was elected the first-ever chair of the National Cannabis Industry Association, the only trade association in the U.S. that works to advance the interests of cannabis-related businesses on the national level.   His work has been highlighted in numerous state and national publications including the American Bar Association Journal, the Washington Post, and Time Magazine. Joshua Kappel, Esq., is currently the Associate Director of Sensible Colorado where he leads efforts to advocate for medical marijuana patient rights and fight back against the federal government’s overreach. Josh has been working for drug policy reform since he first learned about drugs, at Truman State University, where Josh started a Student for Sensible Drug Policy Chapter with some help from his friends.  In 2007, Josh began law school at the University of Denver, and has been working with Sensible Colorado ever since.  Josh graduated in the top 10% of his class at the University of Denver, Sturm College of Law.  While in law school, Josh received both the Patton Boggs Public Policy Fellowship and the Public Interest Law Clerkship to work for Sensible Colorado. Josh also interned with the National ACLU’s Drug Law Reform Project in Santa Cruz and the Colorado Criminal Defense Bar. Working for Sensible Colorado, Josh has testified at countless public hearings on issues related to medical marijuana, sat on many panels at various conferences, and routinely writes articles about a myriad of medical marijuana issues. Josh’s work has been highlighted in the Denver Post, Colorado Springs Gazette, Westword, Kush Magazine, West Coast Leaf, and Colorado Springs Independent.  In his spare time, Josh is the Senior Associate at Vicente Sederberg, LLC, a law firm dedicated to the medical marijuana community. 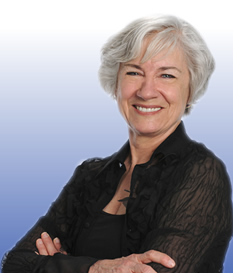